Andrew Jacked Trains Back With Advi … 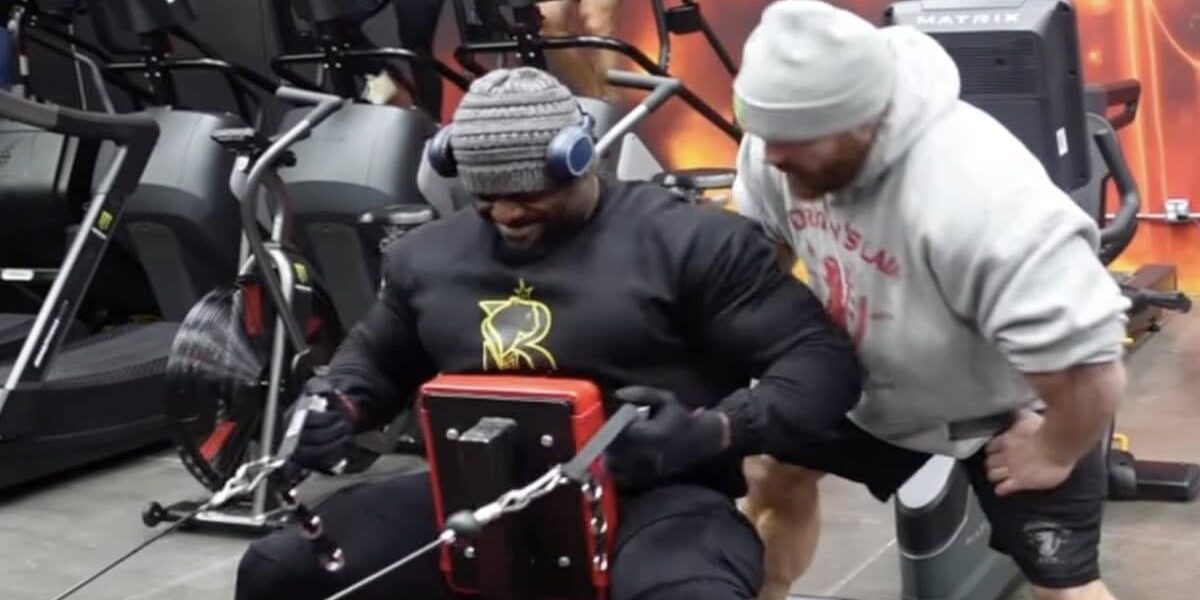 There are few bodybuilders better to take cues from than Lewis.

After sterling first-place performances at the 2022 Texas Pro and the 2022 Arnold Classic UK, Chinedu Andrew Obiekea, a.k.a. “Andrew Jacked,” is undoubtedly hoping for a shining debut at the 2022 Mr. Olympia. As the potential bodybuilding phenom of the 2022 calendar year, some established icons already think he’s destined for greatness. In light of that, the athlete seems to understand the value of taking cues from those who have been there and done that.

On Nov. 23, 2022, Jacked posted a video on his YouTube channel where he works through a back workout while guided by seven-time 212 Olympia champion James “Flex” Lewis. The video is appropriately entitled “Paying Attention to Detail,” given that it takes place during the final stages of Jacked’s preparation for the Olympia, being held on Dec. 16-18, 2022, in Las Vegas, NV.

Here’s an overview of the back routine Lewis takes Jacked through as he prepares for the biggest competitive moment of his young career so far.

As directed by Lewis, Jacked starts his workout by warming up with a few sets of standard bodyweight pull-ups. Jacked uses a “suicide grip” — where one doesn’t wrap their thumb around a bar or barbell — to perform the pull-ups. The purpose of this change-up was to focus more on refining his back rather than strengthening his arms, while also disengaging Jacked’s forearms after he mentioned having a slight muscle strain.

Jacked and Lewis next shift to chest-supported low rows at a high volume. The aim of this specific movement was to build thickness in the back while forcing the athletes to isolate their back muscles. It is here where Lewis stressed an “attention to detail” beyond simply lifting heavy weight.

“To me, right now, it’s all about trying to get these little details out,” Lewis explains. “Because we all know you can train and put [expletive] six plates on the machine but to get a good detail out, that’s why you pose, pose, and pose. There’s no weight involved in posing, right? You’re just holding the pose, and when you’ve done that over weeks, you see all those [details].”