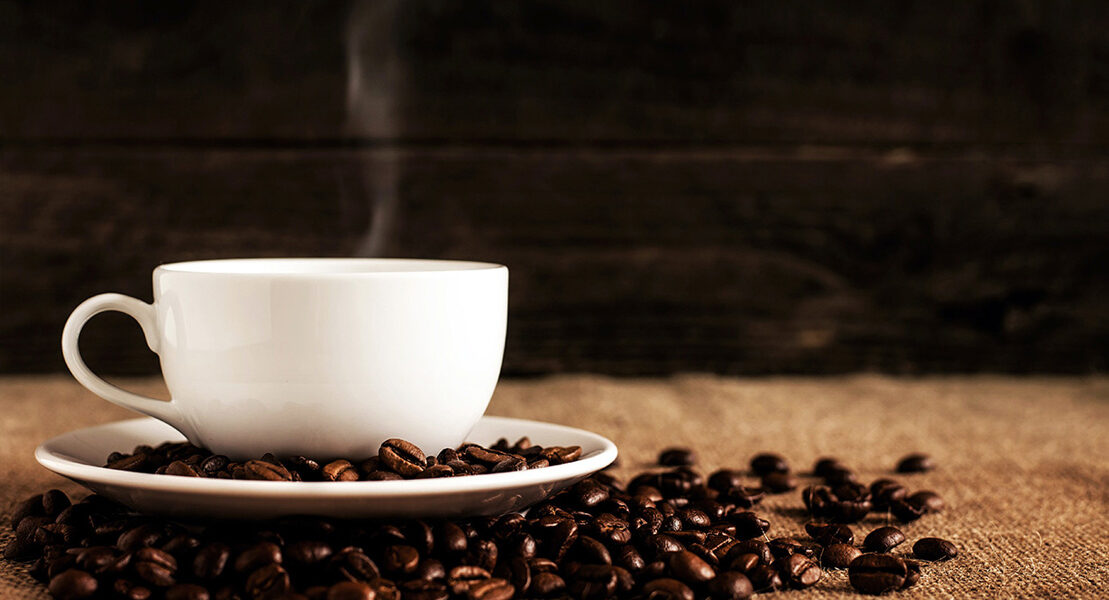 Incredibly, the average American is more likely to reach for a cup of Joe than a glass of water with research suggesting that 66% of the population drinks coffee every day, at an average rate of 3.1 cups. So, it follows that we would want to know more about this wildly popular beverage, and whether or not it is good for our health. Still, if you’ve read anything about caffeine (a natural stimulant found in coffee beans), you’d know that opinions vary wildly, with some quarters lauding it for its performance boosting potential, and others decrying it with claims that caffeine causes dehydration. Ahead of National Coffee Day on Oct. 1.

M&F talked to Dr Neil Clarke, an Associate Professor in Sports Science from the Centre for Sport, Exercise and Life Sciences at Coventry University, England, to filter out the fact from fiction.

Caffeine and its relationship with performance

“Caffeine is frequently taken by professional and amateur sports people in an attempt to facilitate improved performance during a wide range of activities such as intermittent exercises like football, and racket sports such as badminton. It is also used for endurance exercises like running and cycling, and resistance exercises including weight lifting,” Clarke says.  “A recent meta-analysis reported that caffeine has a small but obvious improvement on endurance when taken in moderate doses of 3 to 6 mg/kg body mass, as well as an increase in mean power output (3%) and time-trial completion time (2%).”

Furthermore, in tennis and golf, caffeine ingestion has been shown to increase hitting accuracy and overall playing success, possibly due to improved reaction time and mental alertness. “However, the evidence for caffeine ingestion during sprint exercise is less convincing,” Clarke says. “But, it still shows that sprints lasting up to 3 minutes show limited improvements with caffeine use. And, in events lasting around 10 seconds, ingestion was shown to improve peak power output, speed, and strength.”

Caffeine and its relationship with cognition

“In addition to the well-established ergogenic effect of caffeine on physical performance, caffeine ingestion can also improve cognitive performance, especially in those who are sleep-deprived,” says Dr Clarke. “For example, caffeine doses of 1 and 5 mg/kg body mass alleviated the decrements in performance during a repeated rugby passing drill in elite rugby players following sleep restriction. In virtually all studies of capacity, where caffeine has been employed, the ‘Rated Perceived Exertion’ scores are lighter when compared with placebo groups. In sports such as tennis and golf, ingestion has been shown to increase hitting velocity and accuracy, and overall playing success, possibly due to improved reaction time and mental alertness.”

The Mayo Clinic says that daily dosages totalling up to 400mg appear to be safe for most healthy adults. That’s around 4 cups of coffee per day. Still, as relates to performance, going above 300mg per day may impair your performance rather than aid it. “Possibly due to increased muscle tremor and postural sway,” says Clarke. “Low doses of caffeine, less than 3 mg/kg body mass of caffeine are ergogenic and are associated with few, if any, side effects, although this area has been less well studied.

“Larger caffeine doses above 9 mg/kg body mass do not appear to increase the performance benefit and are more likely to increase the risk of negative side effects, including nausea, anxiety, insomnia and restlessness. “Consequently, the majority of the research on caffeine to date typically focuses on the ingestion of 3 to 8 mg/kg body mass.”

Caffeine and its relationship with fat loss

“Studies in the late 1970s reported that caffeine ingestion can increase the mobilization of fatty acids, which when released from adipose tissue, is transported to the muscle and possibly used as fuel,” Clarke says.

The relationship between caffeine and fat loss is still being studied today, and a recent meta-analysis concluded that a pre-exercise intake of a moderate dose of caffeine may effectively increase fat utilization during submaximal aerobic exercise when performed after a fasting period. “For example, a pre-exercise intake of 3 mg/kg body mass increased fat utilization from approximately 19 grams an hour with a placebo, up to 25 grams for the group ingesting caffeine, when both groups undertook an hour of submaximal cycling,” says Dr Clarke. “So, it appears that caffeine may boost fat oxidation when ingested before a bout of exercise.

“However, there are a few points to consider. It is important to note that the effects may have been increased due to this exercise being performed with no breakfast, when fat oxidation is naturally higher, and carbohydrate negates the efficacy of caffeine. Additionally, the ability of caffeine to enhance fat oxidation during exercise tends to be higher in sedentary or untrained individuals rather than trained and recreational athletes. Finally, although caffeine ingestion might increase fat oxidation, it needs to be stated that weight loss will only occur when in a negative energy balance where the energy expended exceeds calorific intake.”

Caffeine and its relationship with dehydration

A long-held belief among bro-scientists has always been that drinking coffee may have a diuretic effect, but more recent research is showing this to be incorrect. “The traditional form of caffeine administration in research and athletic settings has been to ingest tablets or capsules with liquid,” says Dr Clarke. “However, there is growing evidence that caffeine administered in alternative forms, such as coffee, when consumed in moderation, contributes to daily fluid requirement and does not pose a detrimental effect to fluid balance, especially during exercise. So, drinking coffee can actually help maintain hydration.”

“The European Food and Safety Authority concluded that ‘single doses of caffeine up to 200 mg’ (about 3 mg/kg body mass) from all sources, do not raise safety concerns for the general adult population. Moderate coffee consumption can be defined as 3 to 5 cups per day,” says Clarke.

Drinking coffee has a broad range of benefits that can improve performance from a physical perspective. These include, but are not limited to; improved muscular endurance, movement velocity, and muscular strength. “Performance may also be increase due to the release of endorphins which attenuates the pain sensation and rating of perceived exertion during exercise, decreasing the perceptions of effort,” Clarke says. “In addition, factors such as improved reaction time, cognition, and mood are also likely to have a positive influence on performance.”

A final thought to go with your coffee

It has been well documented that there is considerable variation in caffeine content both in terms of concentration and per serve from coffee,”  Clarke. “For example, the caffeine content of raw Arabica coffee is lower than the Robusta variety.” Then there’s the potential that ingredients added to your cup of Joe may interfere with its benefits. “One final point about coffee is that the effect of milk on the bio efficacy of caffeine is currently unknown,” says Clarke.

So, when reaching for your next Starbucks, you may want to ditch the cream, and the syrup, and stay in a calorie deficit to get the most out of caffeine’s potential to burn fat and improve physical and cognitive performance.