What Are Keto Cereals, and Are They … 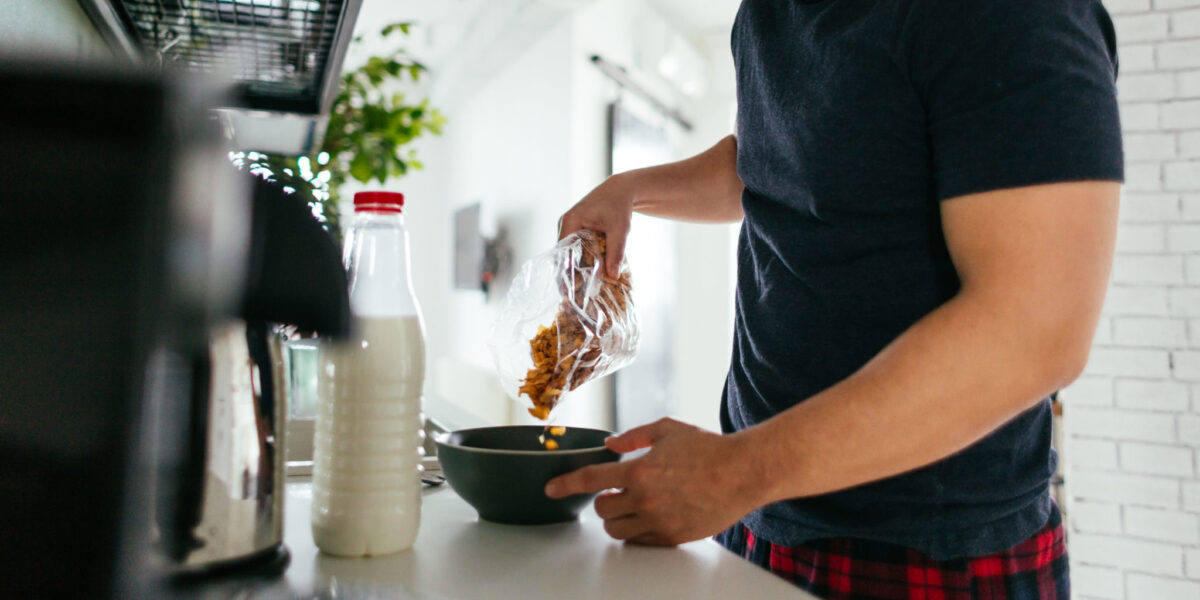 Cereal is a staple breakfast food. But if you’re watching your carb intake (or maybe even trying out the ketogenic diet), cereal has probably become an off-limits breakfast food. But since the food industry is constantly adapting to the latest trends, there are now tons of low-carb, or “keto” cereals on the market, as well as options for those seeking grain-free or gluten-free alternatives.

Most traditional cereals are loaded with carbs (around 50g per cup!), tons of sugar, and not much else nutritionally. For those who want a few carbs and sugar, they can pick up a box of low-carb cereal, like the ones reviewed here.

Keto was first devised to help manage epilepsy, but now many fad dieters think they can benefit from getting only about 5 percent of their calories from carbs. However, it can be argued that you’re better off with more carbs than that. They’re your body’s main source of energy, and drastically reducing your carb intake can lead to a number of unpleasant side effects.

That being said, if you want a way to enjoy a paleo, low-carb, or keto cereal and get your carbs from other foods throughout the day, then the options below can help you do that. We evaluated how well they mimic the traditional cereal experience, how they taste, their texture, and their flavor to formulate our comprehensive keto cereal roundup. 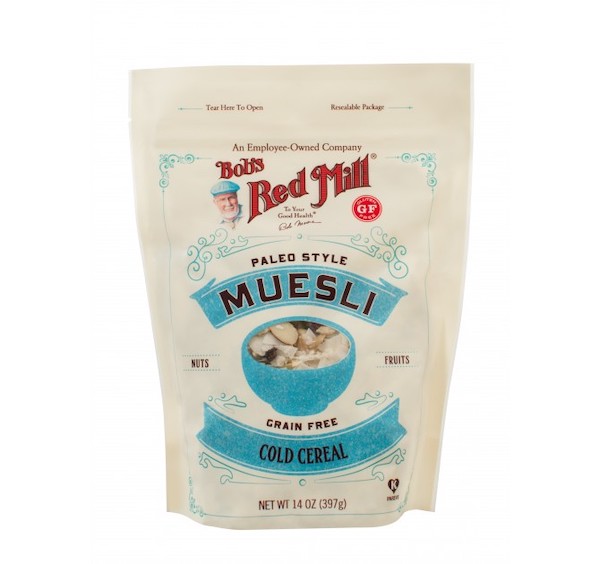 This is basically a big bag of grain-free coconut flakes mixed with blueberries, cranberries, currants, and strawberries, along with macadamia nuts, almonds, cashews, and sunflower and pumpkin seeds. Really hearty, and really chewy. It would be more enjoyable mixed with something crunchy for more texture or, for those who aren’t following a paleo diet, added into a bit of unsweetened Greek yogurt. 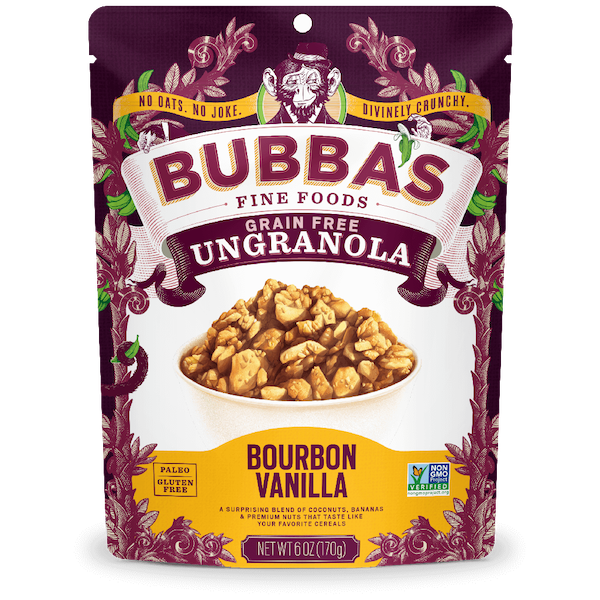 One of the favorites out of all of the cereals for its more traditional taste and texture, the eating experience is pretty close to something like Honey Bunches of Oats. It’s made up of super tasty clusters of coconut flakes, bananas chips, cashews, and sliced almonds. Lots of nice crunch makes it a more interesting bite, instead of a soggy mush. 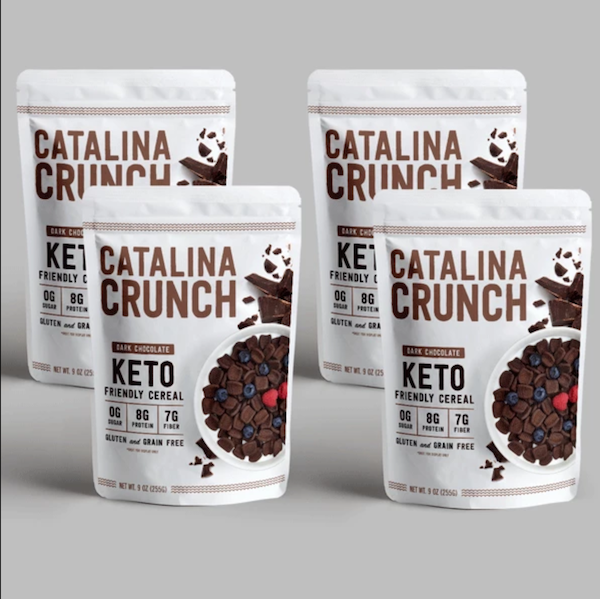 These tasty squares look like puffed-up Golden Grahams. They offer a big, satisfying chocolate flavor from premium cacao powder, with a hint of nuttiness and lots of crunch. Sweetness here comes from stevia first, monk fruit second, so there’s less of the bitter aftertaste you get from cereals sweetened with stevia alone. 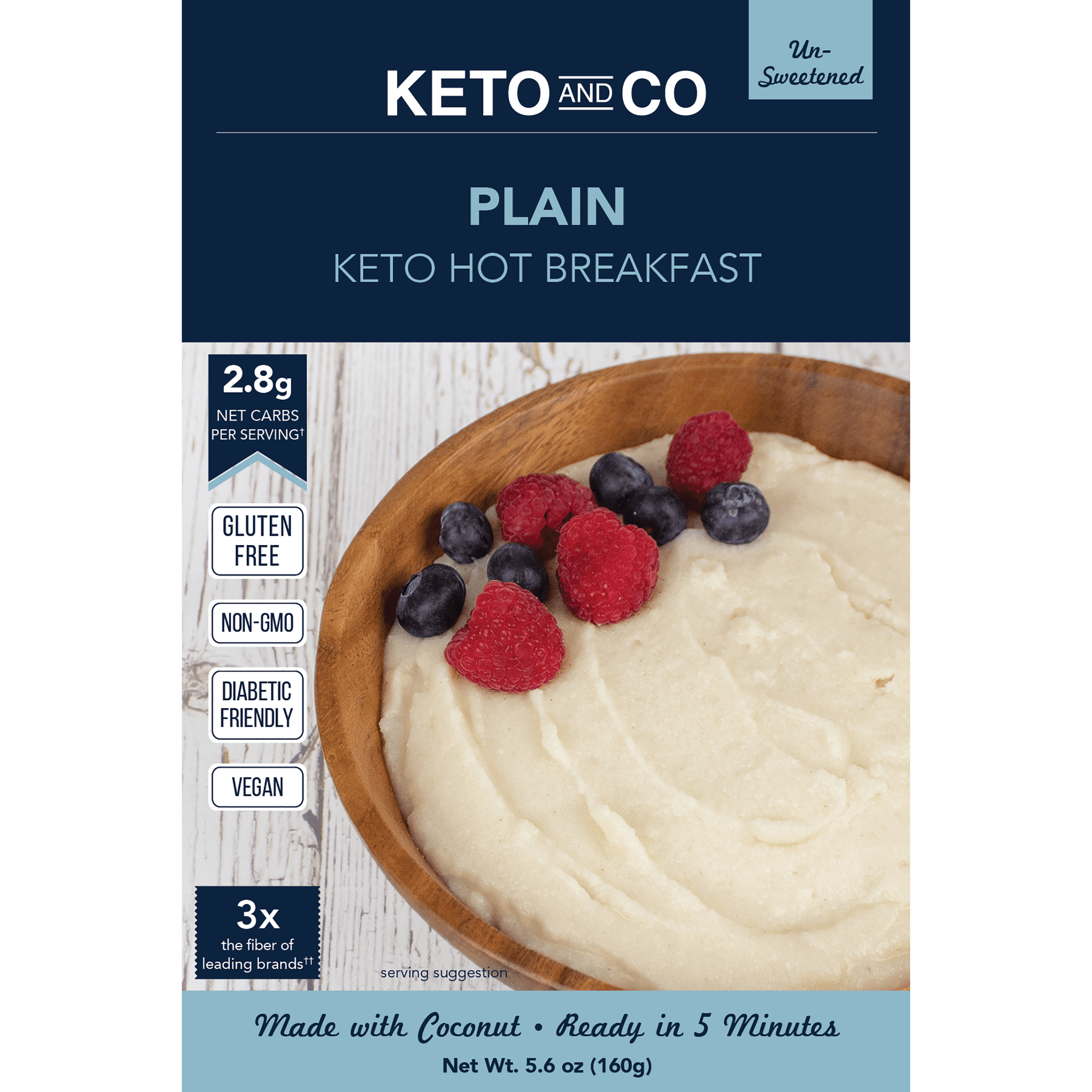 This keto cereal was one of the blandest, most uninspired of the group. That being said… if you’re are a fan of Cream of Wheat, this is the choice for you (no judgment!). There’s not much to recommend here as far as breakfast enjoyment, though it does offer some decent coconut flavor. One tablespoon of coconut oil is recommended to increase the fat content, and it definitely needs it. 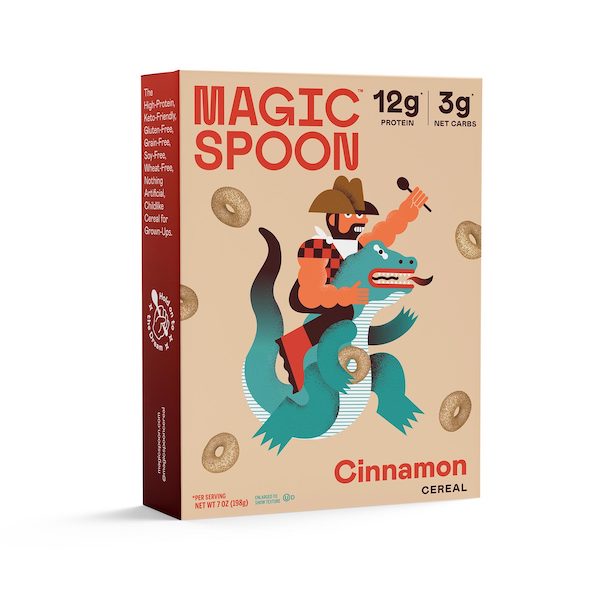 These Cheerios lookalikes really hit the traditional cereal nostalgia spot in the morning when you hear them clattering in your bowl. They’re surprisingly crunchy and are packed with lots of cinnamon spice. Two downsides: they have a tiny bit of that bitter sugar substitute taste from the addition of stevia, and chunks of the cereal can end up annoyingly sticking to your teeth. 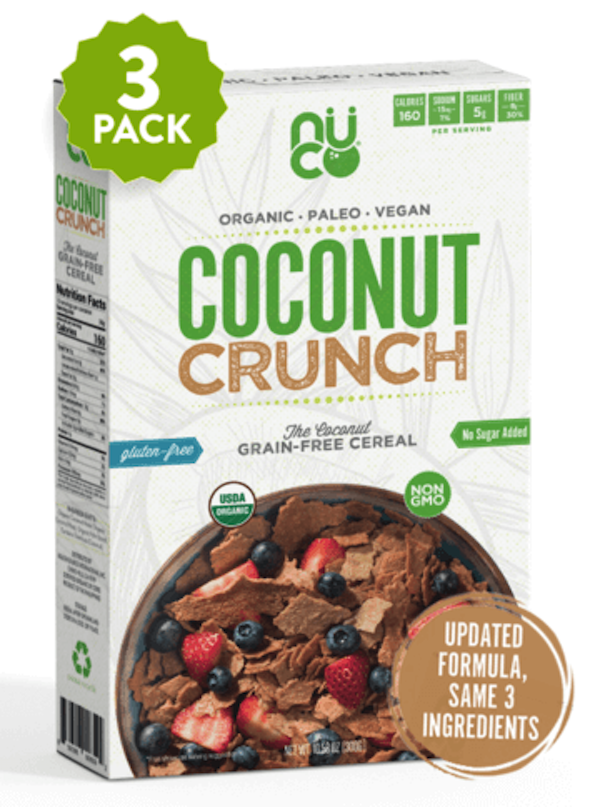 Though a bit higher in carbs than the true keto cereals, this is probably the closest you’ll get to a low-carb Corn Flakes alternative. The big flakes have a great coconut flavor and an enjoyable hint of sweetness. One deviation from traditional cereal flakes is that they are all flat, so they tend to stick and clump together and kind of become one big mass in your bowl and your mouth. 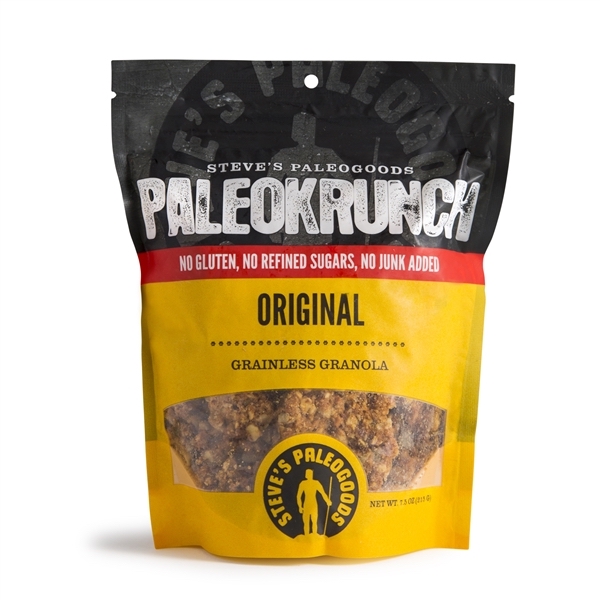 Branded as a paleo breakfast food, this granola cereal still has a pretty low carb count compared to other regular cereals. The flavor is similar to a traditional granola, like a soft Nature Valley bar. A sweet hint of honey coats the clusters of pumpkin seeds, almonds, and coconut — though the chunks were a little too big for spooning, you can easily break them up in your bowl. 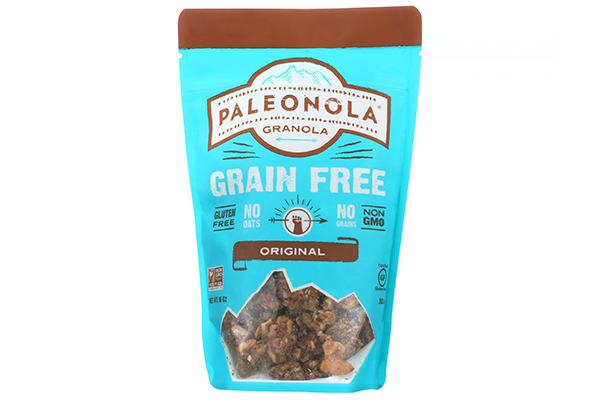 Also aimed at the paleo crowd, this traditional granola cereal amplifies your breakfast experience with a strong cinnamon flavor mixed with dried berries for a more varied mouthfeel. There are a wide variety of bite-sized clusters that add to a regular cereal experience. All in all, a solid, low-carb morning meal. 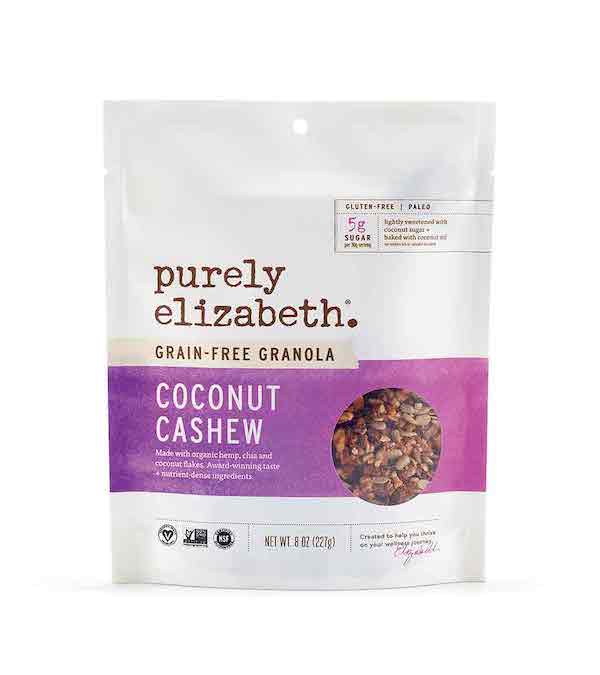 There’s a solid nutty flavor in this granola cereal, though the chunks of granola are bit too big in your bowl without some pulverizing. It has a lot of cashews mixed in with coconut flakes and sunflower seeds, all of which are stuck together with cashew butter and a bit of coconut sugar.

Should You Eat Keto Cereal?

Although the keto diet is popular and effective in the short term for some, it’s not highly recommended by most nutritionists. “It’s not sustainable,” says Andrea N. Giancoli, M.P.H., R.D.

That said, going for a lower-carb meal, like a keto or paleo “cereal” can be a good way to cut high amounts of carbs and sugar from your diet while upping the intake of fat and fiber. Most keto cereal concoctions are constructed from varying degrees of coconut, grain-free granola, nuts, and seeds — all of which are higher in fat and fiber than your normal cereal ingredients.

However, that also means higher calories, so be sure to check the serving sizes and adjust your intake accordingly. “Just because they’re keto, it doesn’t mean that they’re going to be calorie appropriate,” says Giancoli. “Those calories can really add up so you’ve got to be careful.”

Finally, many keto cereals can contain sugar alcohols, which are lower-calorie alternatives to sugar, but are also harder to digest. “It’s best to sugar alcohols because they can cause gastrointestinal distress,” Giancoli says. “If you’re consuming a lot of them, you might find that your G.I. system is not happy.”