It All Began With Rachel McLish 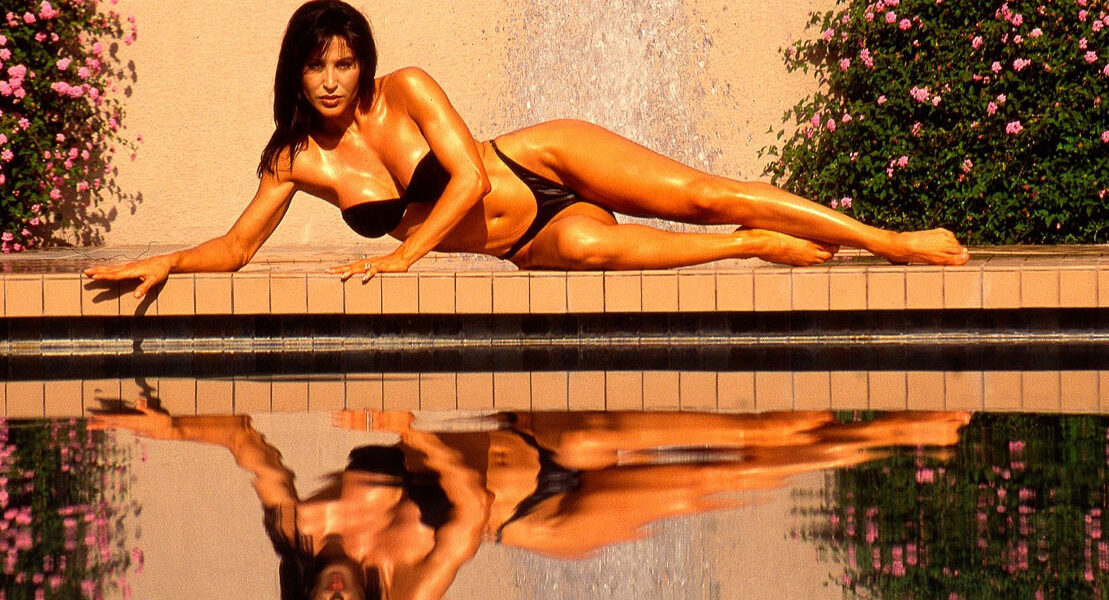 The first Ms. Olympia was held in 1980 (actually, back then it was called the “Miss” Olympia). Modern female bodybuilding had only gotten started in 1977, just three years earlier, so this was still an infant sport. It takes several years to build a real bodybuilding physique, but none of the first Ms. Olympia competitors had been training seriously for more than a few years, and their training goals and expectations were not that high. They certainly had no muscular female role models to set standards for them to aim for.

In sports, athletes frequently do not achieve certain levels until somebody else does it first. It took a long time for a runner to do a four-minute mile and once that was achieved lots more followed suit. Today, high school runners can have that kind of performance. Gymnasts all did a double-something until one of them was able to do a triple-something. Then, they all had to do it. Golf was considered primarily a “skill” sport until Tiger Woods came along, muscled up, and got everyone else working out in the gym. Now, a lot of pro golfers have physiques that obviously owe a lot to weight training.

Bodybuilding’s first Ms. Olympia competition did not have much muscle mass by any subsequent standard, so this was mainly a dieting competition. This was a physique competition with women dieting to achieve maximum definition, which had never been done before. The women were small but shredded and defined.

Just before the Ms. Olympia competition, there was only one female bodybuilder the public knew anything about: Lisa Lyon. Lisa had been on TV, featured in Playboy, and been the subject of a photo book by renowned photographer Robert Mapplethorpe. Lisa was not very muscular or ripped, but she was shapely and athletic. And she was an excellent photo model. But her image was not promotable and publishers like Joe Weider were looking for somebody they could present to the general public.

Then along came Rachel McLish. Rachel was sexy and exotic (actually, Hispanic – McLish was her married name.) Prejudging in 1980 was held backstage in private, with the judges sitting at a table a few feet away from the women.

Rachel won the 1980 Ms. Olympia and later was often featured in Muscle & Fitness, Flex, and other major bodybuilding magazines. She appeared frequently on television talk shows, published a popular book called Flex Appeal, and was featured in several action movies.

Rachel McLish was featured in the 1985 documentary Pumping Iron II: The Women which focused on her participation in the 1983 Caesar’s World Cup. She also acted in the movies Getting Physical (1984), Aces: Iron Eagle III (1992), and Raven Hawk (1996). These involved her acting the part of a physically strong woman. She was one of the first women to take such a role. She was also a star in Herb Alpert’s ‘Red Hot’ music video. She co-starred alongside Arnold Schwarzenegger in the fitness instructional video Shape Up (1982).

In the 1980s, women who were genetically more muscular, and had been training harder and longer, came on the scene. While Rachel remained to a great degree the “face” of female bodybuilding and a major inspiration to a new generation of women muscle competitors, she had neither the desire nor the physique to continue in bodybuilding competition. But given the degree her popularity had helped the popularity of the sport in general, she was the best thing that could have happened to women’s bodybuilding at that critical period.

Bodybuilding for men got kickstarted by the popularity of Steve Reeves back in the 1950s and Arnold in the 1970s. In the same regard, the women have Rachel McLish to thank for making the public aware of female bodybuilding and creating an initial fan base that allowed the sport to grow to the success it has achieved.